Radon Gas in the UK

You Are driving across the border from Somerset into Devon you pass a sign by the side of the road: 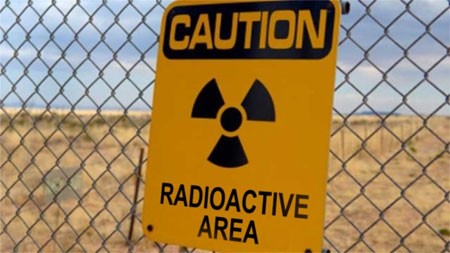 How would you feel?

Would you continue your journey – or would you turn round and head for home?

Imagine if similar signs popped up on the outskirts of Banbury and Northampton, in the Yorkshire Dales, and in parts of Wales, Scotland and Northern Ireland.

Would you be inclined to buy a house in those places? Would you go on holiday there?

Some of Britain's best-loved beauty spots turn out to have the highest concentrations of what has been termed the country's worst environmental pollutant. It is an invisible, odourless gas that seeps out of the ground and causes an estimated 1,100 deaths from lung cancer every year. It is called radon and last month the number of homes designated at risk was increased five-fold (from 100,000 to between 500,000 and 600,000), rendering millions more people officially vulnerable.

Radon is a naturally occurring radioactive gas produced by the decay of uranium 238, which is present throughout the Earth's crust. It is concentrated in parts of the country rich in granite, such as Dartmoor in Devon, and Cornwall. In the open air, radon causes no problems. We all breathe it in throughout our lives – and for most of us, radon accounts for half of our total annual radiation dosage. But it can seep into buildings through cracks and holes in the foundations, where it can build up to dangerous levels. What makes it dangerous is that, being odourless and colourless, it is easy to ignore.

"If only we could see Radon Gas then maybe more people would take it seriously, but unfortunately it isn't."

Radon testing is now a requirement for employers, essential for local authorities and is part of building regulations on any new build properties. Testing your own home is highly recommended with now proven links between poor radon gas ventilation in high radon areas and lung cancer.